So, I had this blog installed over a year ago and just got around to using it.

Let's talk about masks. We will not be mask shamed!

Some jerk came in on Thursday Night and made it very difficult for his server. He wanted to substitute several items. All this does is slow down production in the kitchen, so we do not allow substitutions. This Jerk was so rude and belligerent to his server then demanded to see the Manager to complain about not being able to substitute red beans and rice for potatoes. The Manager came out and explained our policy AGAIN. He started complaining about none of the staff was wearing masks.

As far as we are concerned, it is a personal choice whether to wear masks and that goes for staff or customers. We have staff that has made the choice to wear a mask. It is the choice of a customer to wear a mask or not. If you are uncomfortable about our mask policy, we understand. It is your choice to patronize those restaurants that enforce masks, if that is your preference. We have had a few rumblings about maks but for the most part, people are fine with our policy, in fact Carrie and Micah were in on Saturday evening and made a point to stop and tell me how much they appreciate our personal choice policy. They too, feel it's a choice. We had someone complain on Trip Advisor about our staff not wearing masks. They came in, saw most of our staff without masks, still sat down, ordered, said the food was great, the service was great but no masks. If they were so concerned about mask, why did they stay? Did I mention we installed UVGI to kill all germs, virus', bacteria and anything that comes in contact with the UV light in our AC systems?

Anyway, back to the jerk; The jerk finally orders and gets his food. He eats and then has to go to the restroom. He comes out of the restroom and starts taking video of all the employees standing at the bar working. When the owner tells him he is not allowed to video without permission, he says he can do what he wants. By then we have had it with this clown and Efrain calls the police. The Manager contacted me. I came from the house and approached the table. I told him he was not allowed to video inside the restaurant because it is private property. He said he could do what he wants. I told him and his wife to leave immediately. He said he would in a little bit. His wife claimed she knew nothing of his actions and explained it was their 15th anniversary. The police showed up. Since he did not leave when told to by the owner, the police told him they must leave immediately. They finally left, of course no tip for the poor server that had to put up with him, but as an afterthought the Policeman (they were awesome by the way) asked if I wanted them cited for Criminal Trespass. He and his wife both received Criminal Trespass Citations. I was informed if they EVER step foot on our property to call 911 and they would go to county jail.

I don't like to be like that, BUT, we have so many awesome customers and friends that have made us successful. When there was a problem (we don't have many) we usually would not press charges. Not any more. People have the right to come to our restuarant and enjoy themselves. They do not have the right to cause a scene and make the other customers uncomfortable. Oh, by the way Levi Silvas, Realtor (got his name off Yelp where he put a negative review of course, HAPPY 15th Anniversary. I hope your wife gave you 9 kinds of hell on the way back to Houston. You deserved it by your rude actions. 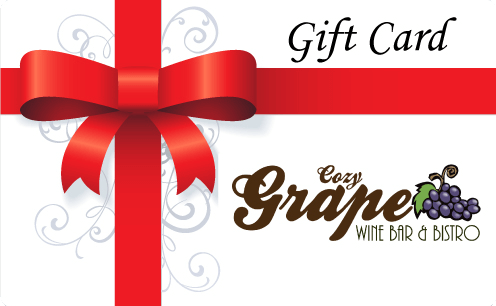 Not sure what to get?

Order a gift card today, use it in the future or give it as a present!